Do you bring presence into everyday life?

And it’s like when you dip down into that space into that stillness space and you just hear, like the note of the universe that is like that was like that sound that one pure note that sound of god is actually within you and is also outside of you.

And that’s when it starts to become deeper as well and that note becomes deeper and broader and richer and wider and it’s beautiful. And even though your own stillness and it’s quiet there’s so much sound there because it’s the sound of the universe the sound of god, sound of source that’s beautiful tony.

You already are if you’ve been able to achieve or able to go to core and stay in core then you’re already there because it is already there. It is just your life moments and your thoughts and your emotions and all that kind of stuff that pulls you out of that doorway again, yeah and then you slam the door on yourself basically but then when you are present to that then you put your hand on the door handle again and you open that and then you walk through into that space.

But it’s just up to us it’s up to us as to our choice if we want to go there if the yearning is there. If the desire to be there is something that we,  it’s like our primary focus and on my journey

It’s all I’ve ever wanted to find

And I didn’t know what it was because people were talking about this peace thing and whatever else and I felt it at times, I guess, but it was more like,  you know being peaceful in the energetic

But I realized that even though I’ve been searching for it for so long and I was so yearning for that thing that other people had, like very few had, I didn’t think I could ever find it because clearly, it was for other people let alone mainly men you know. And I think, Krys and I were talking about that today, about how there’s so many not so many but how they’re are a lot of male spiritual teachers and they get a lot of airplay and then there are women spiritual teachers who even in the past you know, you actually look at their photos and to me…. you can be in core and then you can be in deep core and I see some of these women

Female swamis or you know there have been and they are so deep in core in their pictures that were taken and you just wonder why you know they were never given as much airplay or time in a sense as men . So I think it’s really important for women to search for that you know and allow ourselves to walk through that door because it’s also our birthright and that from that space we’re able to bring our peace and our joy and our different flavor of whatever we carry into this world. And I think that is so important,so so important because we bring a different energy in a sense, so that’s why I’m so passionate I guess about this particularly also for women.

Do you bring Presence into your Everyday Life 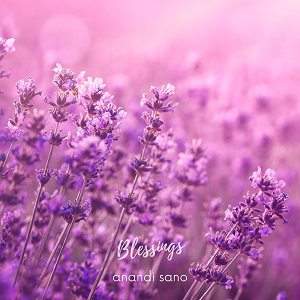 THE KEY STEPS IN TRANSFORMATION

When we are talking about growth and transformation we need to talk about change that is empowering, liberating, filled with purpose, and with the joy of life and living. In order to move from a place of disempowerment, acceptance is the key.
Here are some key steps that I encourage you to take on your journey and in any given situation.
The first step is Recognition.
That is, recognising something needs to be different, that you are not happy or content with where you are, and you desire to move to a more fulfilled place within yourself.
Acceptance follows recognition.
Accepting what you discover and embracing it fully. Acceptance is the key in all change, growth and transformation. I always use the term – calm acceptance. It is from a place of calm, that acceptance is easier to embrace. Then the next steps must be taken. One must remember however that acceptance without an action, brings little change.
The next step is Evaluation.
This is the step where you consider if the words, thoughts, actions, circumstances, decision etc are supporting you. Do they give you what you want, do they lead and guide you to that place, or do they tear you down and take from you those things that are yours? Evaluate what is happening, and consider if there is need for change, release or calm.
Awareness follows Evaluation.
It is this step where you become aware of where those thoughts, actions or life moments sit in the layers and what they ‘bring’ to that layer.
Next we move to a place of calming the layer or releasing from what is holding or restricting you and your life.
Application is the final step.
After completing the first four steps, we decide on a new action or response, and step into a new reality.
Acceptance is the key as we explore the layers of Self. Acceptance is embracing all of who you are. Acceptance is embracing what is, with an expectation of what will be. It is an empathetic response to self in acknowledging where we are in that moment, with a belief that we are not bound and restricted in the moment.
Peiec healing is really quite simple. It is accepting that change comes when we address all the parts of Self. That we hold pain, trauma, joy, happiness in all the layers is part of the recognition and acceptance that is needed as you continue your journey of healing and spiritual growth. 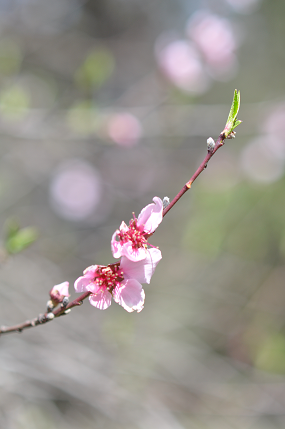 The Blossom and the Space

Can you find the peace?

I talk about this concept in more depth in my podcast episode “The Blossom and the Space’. Just type in Anandi Sano podcast in the major podcast platforms. You can also use this podcast to go deep within Self 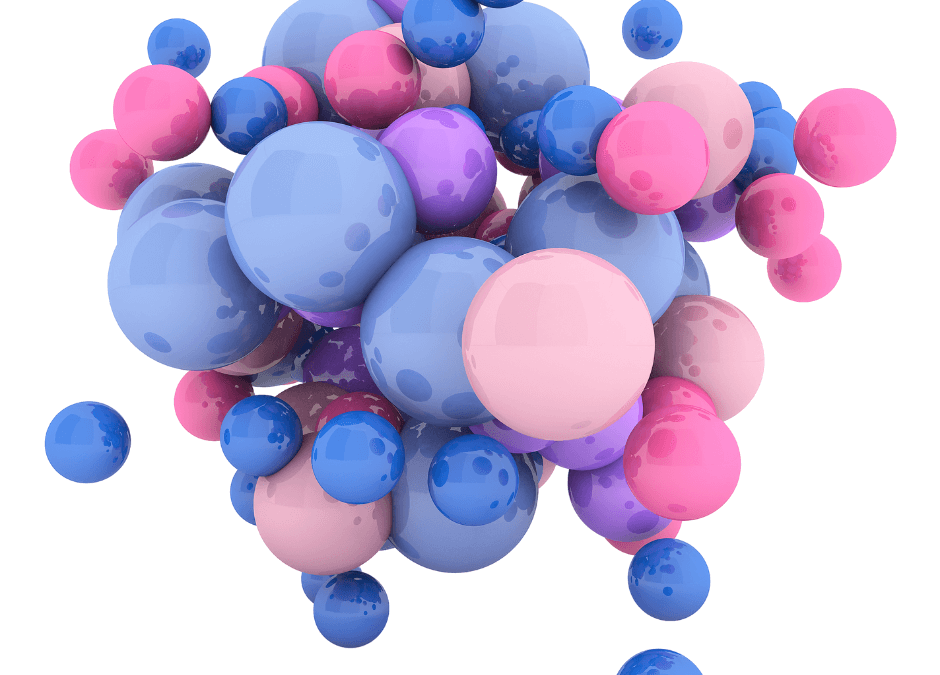 What in the world is that?

What in the world is that image? To you it may just look like a tightly packed bunch of spheres. To me it is a representation of what I see in someone’s energetic layers of Self. I can see them when you’re physically infront of me or even if you’re speaking to me on the phone.
They move, shift and change. The energetic life moments appear and disappear as you speak, listen, think, act, react, feel. There may only be two life moments at one point when we interact and in the blink of an eye you will have ten. It is an interesting way to perceive the world.
As you engage with the world and yourself your energetic layers of Self bring up energetic life moments. They can either be positive or negative. For most of us we consistently have life moments that rise to the surface and create unrest within our mind, physical vessel and reality. It causes our minds to race, our nervous system to be in constant overdrive and our body becomes unwell. What happens in our layers reflects what happens in our external world.
When we are able to calm and release these energetic components of ourselves everything changes. The mind becomes quiet, our nervous system regulates, our body heals and our reality and life shifts. This shift can happen within minutes. As we start to live with space and calmness in our layers our spiritual growth rapidly accelerates. We are able to hold larger amounts of energy because it flows unhindered and we are able to live in presence.
So when you next interact with me don’t think about what I can see in your layers think about the opportunity that you have for me to release them. Better yet why not let me teach you how to release them for yourself.
As so many are saying.. “This is what I have been searching for”.
Many blessings 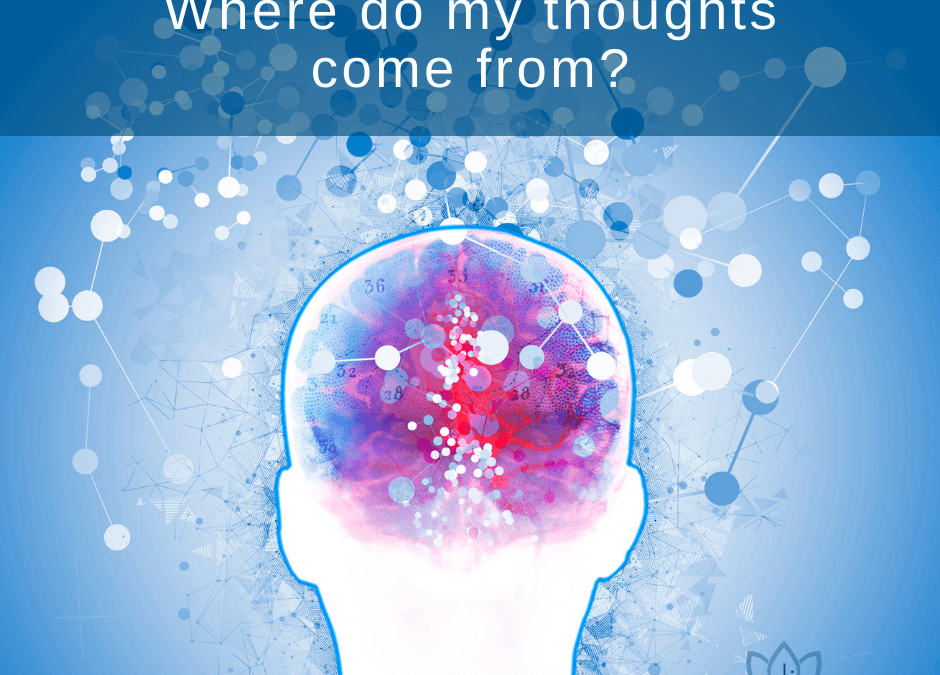 Where do my thoughts come from?

I was asked the other day if I knew where thoughts came from. To me,  with the work that I do, it is actually quite a simple concept.

Thoughts are the projection of what is occurring in the layers of Self. You’re probably asking “What does she mean by that?”

If I initially explain it from the point of view of someone being present and still, where there is no thought, no rise and fall of the emotion they will be perceive any object , conversation, ineraction, circumstance from a balanced and calm state. When I look at that person there are no negative life moments in the layers of Self and the layers are flowing calmly. They will preceive a pen without any thought . It just is. The mind is still. The body is still. The energy is soft and flowing gently.

Now, if I were to give the pen to someone else, just by showing them the pen will potentially trigger the rise of dormant energetic life moments in the layers of Self. As they rise to the surface the experiences that are held in these life moments will be picked up by the mind and brought to life.  In a sense the mind is the projector screen of the different life moments that are coming up through the layers. The life moments are not linear in nature. They don’t follow a time line of certain things that have negatively impacted you.

Any word, action, object , thought, sound etc can trigger a life moment that may not have anything to do with the actual event or circumstance. It could just be a similar colour, a similar look ,or maybe a similar shaped obejct that was taken from you at some point in your life.

So from just looking at a pen you could all of a sudden start feeling irritable , your mind starts racing about different things, and you start playing over in your mind what happened two months ago with a certain person. The more life moments arise, the more life moments are triggered in the layers of Self, the busier our mind becomes.

However, If we were to go energetically into the layers of Self as these life moments arose and energetically released them, the mind very quickly goes quiet and still. There is nothing to project onto the cinema screen.

As we release more and more life moments from our layers of Self we are easily able to stay in a space of peace and calm, the mind is quiet and you are in the Now. That space in a wonderful space to be.

I will talk about this some more in some of my future posts. Where the space and peace we create in our layers, creates the perfect environment for the mind to be used as tool for creativity and innovation.